As a child, I loved action figures. I started out with Micronauts and Star Wars, but in 1982, something special came along that changed everything. That something was GI Joe: A Real American Hero. Using the 3 3/4” scale of Star Wars, GI Joe was restructured into a military line that included all sorts of accessories and vehicles, far more than the 12” line could boast.
Seriously, the shining example of this was the USS Flagg – an AIRCRAFT CARRIER. At 7.5 feet long, this was the greatest toy ever manufactured. Don’t argue with me about this. 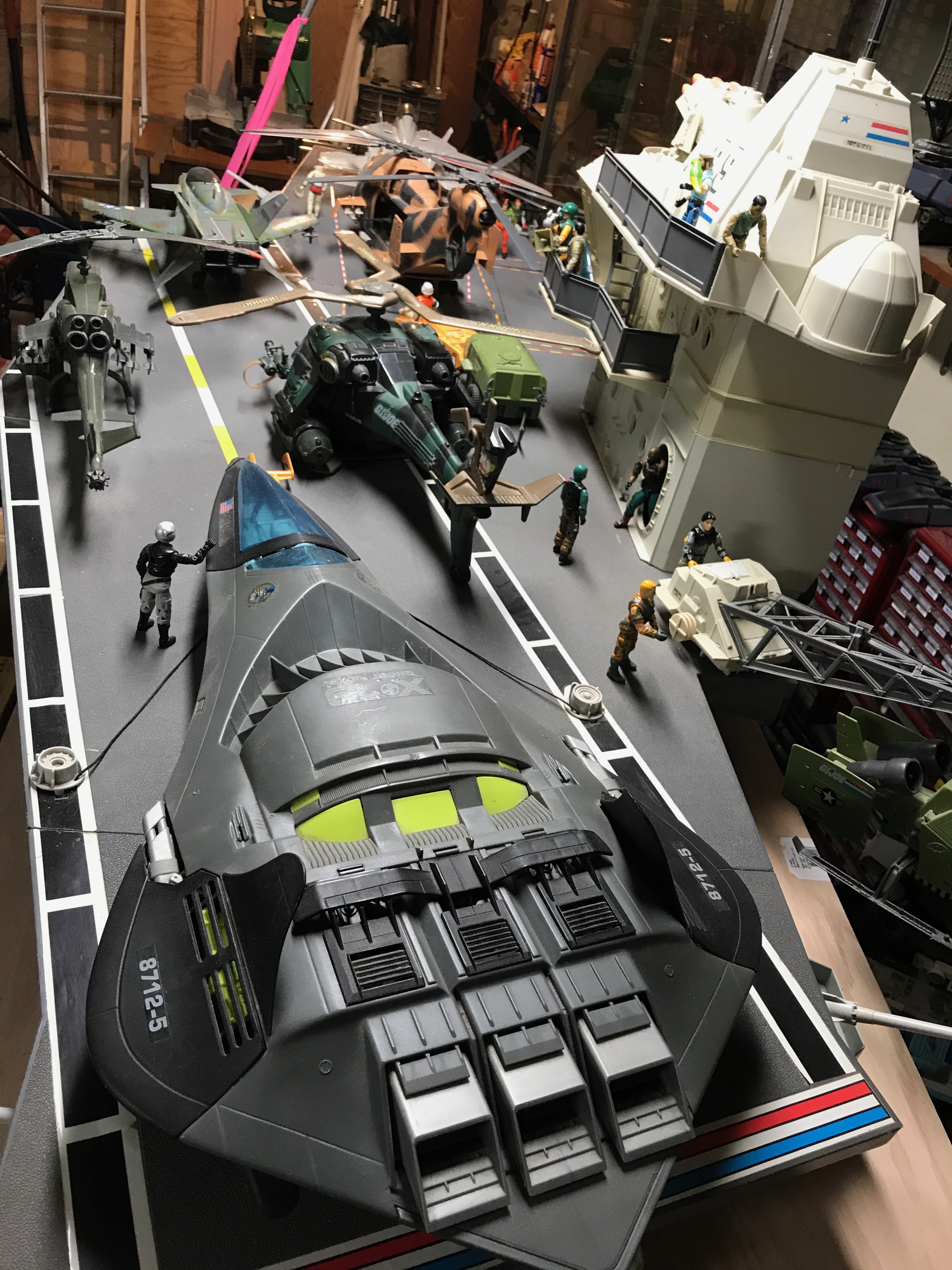 Most importantly, the toy line had characters – heroes and villains. From the first time I picked up one of the action figures in the store and read the “file card” on the back, my imagination was fired up. These weren’t just random “army men” like the little green soldiers. They were individuals with their own personalities and plans. As the line expanded and grew more diverse, those personalities were even reflected in their costumes.
The story possibilities were endless. The GI Joe comic book became the hottest comic of the 1980s. The cartoon was insanely popular. And while sharing the same characters, both comic and cartoon were completely different! There was that much room for variation.
Because of this, I could create my own stories. I didn’t have to copy the comic book or cartoon, though I could use them as a springboard. And that’s exactly what I did.
(It wasn’t until much later that I discovered that Larry Hama, the writer of the GI Joe comic books, had written the file cards. His writing of plots, conspiracies and action scenes continues to inspire me even today.)
With the exception of Lego, it’s hard to find toys like this on the shelf any more: toys that inspire and develop the imagination. I spent hours and hours with my GI Joes, setting up battles, crafting stories, and even making up my own characters to join in. I feel sorry for today’s kids that don’t have this kind of opportunity. Sure, they have video games I couldn’t have even imagined when I was little, but it’s not the same.
Wherever my writing career ends up going, it will always owe a debt to GI Joe, A Real American Hero.
Writing Update: I’m making progress on the opening chapters of the new book. Introducing main characters, themes and plots. Sort of like the first issue of a comic book…