Reviewing a Couple of Recent Reads

I’ve always been a lover of books, especially fantasy novels. Now that I’m working hard on writing, I’m even more motivated to read. Even if I didn’t feel that way personally, all of the “advice” sites encourage writers to read, read, read. So I keep reading.
The hazard I’ve found now is that too often I find myself analyzing the writing and story-telling. While that’s part of why I read now, it also has the potential to diminish my enjoyment of the stories themselves. I find myself getting pulled out of the story and into the world of craft-analyzation. Let me try to explain with the two more recent novels I just finished reading:

First up is The Shadow of What Was Lost, by James Islington. Recommended to me by one of my beta readers, I got excited when I saw the thickness of the book. Yes, I like very long books with deep stories, so long as they keep my attention. Fortunately, this book managed to do that.
Islington uses a lot of epic fantasy tropes at first. The story starts with one of those mysterious prologues that’s intended to show you that the real stakes in this upcoming story are far larger than you can tell at first. Some writers have used this extremely well. Others… not so much. This one kind of falls in the middle. I found it mildly interesting, but it could have been left out completely and wouldn’t have changed much of anything (or used as a flashback for the character involved, which would make sense since he gets numerous flashbacks later).
Following that, the story begins with the typical young male protagonist who’s kind of a failure at his pursuits, living a somewhat menial existence. And yet, of course, he’s destined for greatness. I’m not mocking this trope – it’s one I use myself to some degree. Just pointing out how I immediately notice these things now.
From there, the story escalates rapidly into all kinds of subplots that somehow tie in to the greater plot, leading to an eventual climactic battle, but also setting up tons and tons of stuff for the next book or two.
And while I generally enjoyed the book greatly, I couldn’t help noticing that maybe, just maybe Islington went a little overboard. Maybe too much backstory revealing too much ancient history of the world. Maybe too many characters all tied into that backstory somehow. Maybe too many seemingly average characters that are actually (Surprise!) super-good at magic, or fighting, or intrigue, or also just happen to be hidden royalty or somesuch. There’s a lot going on with every single character and sometimes… it just feels like too much.
Islington switches the POV character many times, but somehow manages to keep that number fairly limited. Even so, I found myself somewhat annoyed at some of the POV shifts. Also, the closer I got to the end, the more I wondered if it would end on a cliffhanger. Still in the “all is lost” part of the climax and there aren’t too many pages left… how can this get resolved? (Spoiler: it did. Sort of.)
Yet… I still enjoyed it. It’s not my favorite, but I’m definitely going to read the next book. And isn’t that the main goal of a writer? 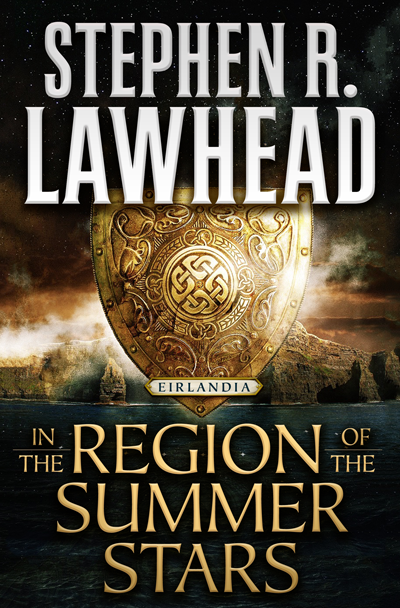 The second book is In the Region of the Summer Stars, by Stephen R. Lawhead. I had this on preorder, because… well… because I’ve been a fan of Lawhead’s writing since the 1980s. I adore the Pendragon Cycle, and think Byzantium is one of the greatest stand-alone novels on my shelves. His Song of Albion trilogy is, quite possibly, my second favorite fantasy of all time (after Lord of the Rings, of course). So I’m quite biased here.
That’s not to say he hasn’t disappointed me over time. I found the Celtic Crusades all right, but nothing spectacular. The King Raven trilogy (Robin Hood as a Celt?) was kind of the low point, in my opinion. And then came the Bright Empires series. Ostensibly, it’s about Ley line travel to other alternate worlds, but really there’s almost no distinction between that and time travel. It also disappointed me because the promos before the series promised high fantasy… and it wasn’t. Don’t get me wrong – I enjoyed the story overall, but it wasn’t what was promised, and dragged in places (far too much time is spent on a previously minor character suddenly thrust into the spotlight and, um, inventing coffee in Europe, for example).
Now Lawhead has returned to Celtic-themed fiction again, which is what he’s excelled at in the past. I found myself looking forward to it, though suspicious when early reports again promised some kind of “high fantasy.” Yeah, that’s what you said about the last series and it wasn’t. When the book arrived, I was disappointed when I saw how thin it was, in contrast to the other book discussed above.
However, this time the promos seem to be turning out mostly accurate. Lawhead returns to a quasi-historical Celtic world (Eirlandia), but much like his Pendragon Cycle, the fae are also in existence. I halfway kept expecting one of the characters from Pendragon to show up; they seem that similar. Here are almost all of the things one would expect from a Lawhead book of this kind – swords, amicable banter between warriors, dire circumstances, cruel villains, gritty and visceral violence, and magic. (Curiously, no intricate description of a feast. That’s unusual.)
Here’s where the writing analysis broke my enjoyment somewhat. I ran across two paragraphs where Lawhead shifted out of deep POV with his main character (Conor) into omniscient narrator. Both instances were very brief, and I might never have noticed if I weren’t so deeply into craft study lately. An editor should have caught those, I kept thinking.
Even so, I enjoyed In the Region of the Summer Stars, and I’ll almost certainly get the next book. The main problem I had was: it’s too short. Way too short. I don’t know word count, of course, but on my shelf, it’s Lawhead’s shortest-looking book since Dream Thief (1983!). I can’t help wondering if this was a publisher’s decision to break apart a longer story.

Writing update: I think I’m almost done with revisions to my novel. Waiting on a little more feedback while I work on my query letter. And then I’ll be looking for an agent…